5 Fun Facts About Summertime for Kids 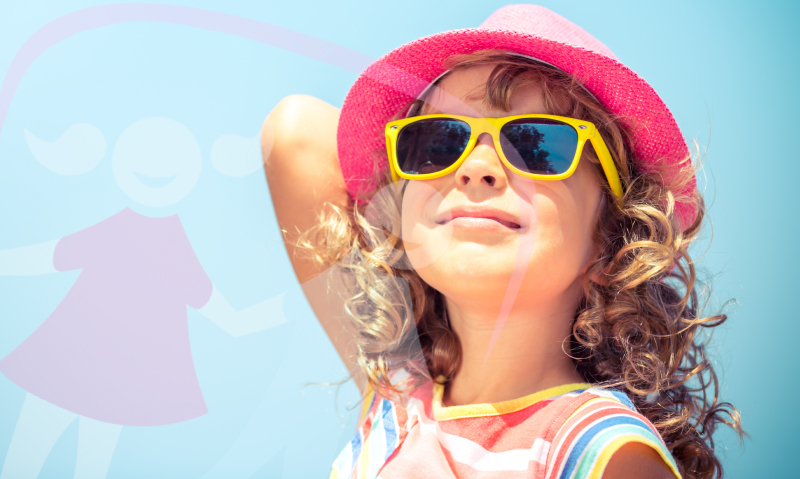 The truth behind some of our most popular summer traditions.

For children all over the country, summertime means freedom. School books get set aside, school uniforms get pushed to the back of the closet, and the shorts, T-shirts, and flip-flops take center stage. With sunshine and so many great things to do, it’s only natural for kids to be curious about some of the summertime joys that the rest of us take for granted.

For example, have you ever wondered why we sweat? Who invented s’mores? Who invented the popsicle? Where did the fireworks come from? Why is there a summer break from school? We answer these natural curiosities and hope the answers to these fun questions provide great conversation starters during your next family dinner.

Why do we sweat?

We all do it. Sweat, that is. And when summertime is here, and we’re outside working through the wiggles, it’s more common to sweat. Though we know that we need to drink plenty of water during the summer to keep ourselves cool, have you ever wondered why our bodies sweat?

Just as we consume water to help keep cool, our bodies have an internal thermostat that takes action when our temperature rises above 98.6 degrees Fahrenheit. Even though it might be a bit stinky and messy, sweating is the body’s natural reaction to an increase in temperature. To describe it a bit more clearly, our bodies would cook from the inside out if we didn’t sweat.

Yum. S’mores. A popular campfire snack that kids (and kids at heart) tend to love. Who doesn’t love those squishy marshmallows and that melty chocolate tucked between two graham crackers? But how did s’mores come to be?

Well, it seems that the Girl Scouts, in particular the Loretta Scott Crew, get credit for this tasty concoction. It is believed that crew shared a recipe for “some mores” in a 1927 Girl Scout publication called “Tramping and Trailing.” And, of course, the recipe was a hit, the name was shortened, and the rest is history.

Who invented the popsicle?

Another delightful summertime treat is the popsicle. This historically sugary snack has been a go-to treat for hot and sweaty kids since back in 1905 when Frank Epperson, a child living in the San Francisco Bay area, mixed some sugary soda powder with water and left it overnight. In the morning, Epperson found that the mixture had frozen, and he proceeded to devour the concoction. Shortly after, Epperson named the treat the Epsicle and started selling them throughout his neighborhood. He later went on to patent the recipe, and later yet, the popsicle was born.

Now, we would be remiss if we didn’t mention that popsicles have evolved quite a bit since the early 1900s. Many modern popsicle brands contain far less sugar than their predecessors. And, today’s savvy moms and dads have learned to make even healthier versions of the popsicle, complete with natural juices, coconut milk, and other beneficial ingredients. These creamy homemade popsicles are a great start in encouraging healthy eating habits in kids.

Where did fireworks come from?

We all know the significance of Independence Day in that it commemorates the Declaration of Independence, which the Continental Congress passed on July 4, 1776. But have you or your child ever wondered why we celebrate this important day in our nation’s history with fireworks that light up the sky?

It is believed that fireworks have been around as far back as the second century B.C. Natural fireworks consisted of bamboo stalks that exploded with a bang when they were thrown into the fire. Later, King Henry VII of England included fireworks at his 1486 wedding, and that occasion became the first known use of fireworks at a national celebration. Fireworks were then used in the United States with the first-anniversary celebration of Independence Day in 1777.

Why is there a summer break from school?

Okay, let’s face it. The team here at Pediatric Dental Specialists knows that kids don’t care how summer break came to be. All that they care about is that there is a summer break and that they can be too cool for school, even if it is just for a few short months. Many adults have been under the erroneous impression that summer vacation was designed to ensure that the children of farmers could help out on the family farm during the summer months. However, this is not really how summer break came to be.

The truth is that summer break came to be as the middle and upper classes rose in American society. During the summer, many wealthy families looked to escape the hustle and bustle of daily life with vacations to the countryside. As you can imagine, this reduced school attendance. But over time, educators learned that it was actually in a child’s best interest to get quality time with their families over the summer and give their brains a break. And thus, the summer break came to be.

Summertime is a great time for a dental check-up or orthodontic assessment.

Though the summertime is all about taking some time away as a family and letting our brains take a much-needed break, we also tend to have a bit more free time. This means that the summertime is a great time to get in for a dental assessment and cleaning or an orthodontic assessment if your child is nearing that age.

All you need to do is request an appointment online. The Pediatric Dental Specialists team will then get back to you as soon as possible with your confirmed time. In the meantime, we look forward to seeing you and your child.