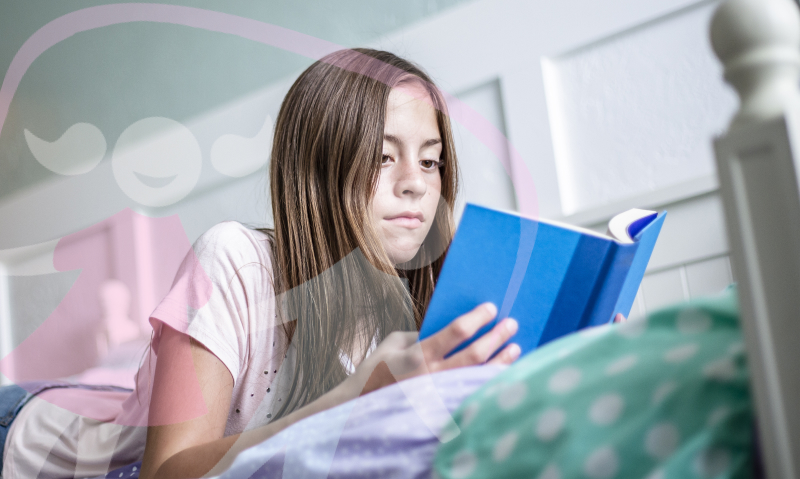 Becoming a lifelong reader will serve your children well.

The U.S. book market is booming, and the reason might surprise you. It isn’t best-selling chapter books that are climbing the charts, but graphic novels! Today’s young readers are exploring their literary options, perusing a wider and more diverse range of choices than ever before.

Do you have a middle schooler who isn’t exactly interested in the classic tomes that fill the library shelves? You can spark their creativity and encourage a love of reading by pointing them toward great graphic novels instead. Today, we’re sharing 10 fan favorites, along with the local Omaha independent bookstores where you can find them.

Yes! The same stories that dominated the tween market in the late 1990s are now reimagined as graphic novels.

Following Ann M. Martin’s original plots and characters, an entirely new generation of readers is now introduced to Kristy, Stacey, Mary Anne and the rest of the gang!

Start with the very first book in the series, “Kristy’s Great Idea” and read on from there. New York Times best seller Raina Telgemeier spins pure magic as she adapts the storylines in full color for plenty of drama, humor, and memories.

It’s no secret that the middle school years can throw some pretty major curveballs.

In “Best Friends,” best-selling author Shannon Hale teams up with illustrator LeUyen Pham to explore themes including popularity, crushes, and the importance of finding your own path in the middle of it all.

Middle schoolers will love following along with “Dog Man,” author Dave Pilkey’s unlikely hero. Part dog, part human and 100% on a roll, Dog Man has a penchant for sniffing out crimes and getting into plenty of antics along the way.

Pilkey, who’s already won audiences over with his Captain Underpants series, creates another unforgettable character who will intrigue and inspire any budding reader.

Now, these books have been adapted into graphic novels, and “I Survived the Sinking of the Titanic, 1912″ is the first book in the new series. In this one, Georgia Ball brings the story of the Titanic shipwreck to life through 10-year-old George, who sneaks into a first-class baggage room right as a giant boom shakes the boat.

Do you have a shy child who doesn’t particularly love the spotlight? If so, they’ll find solidarity and a warm friend in Brianna, a middle-schooler who feels exactly the same way.

In “Becoming Briana,” author and illustrator Terri Libensbon brings the protagonist to life as she juggles learning a new language, delivering a speech, and organizing a party, all leading up to a nerve-wracking event she’s growing increasingly unsure about! The feel-good story is one of hope and resilience and a great lesson on the power of inner strength.

6. Zatanna and The House of Secrets

Few modern storybook characters are as engrossing or entertaining as Zatanna and her pet rabbit, Pocus.

This page-turner follows Zatanna as she stands up to bullying only to return home and find her father missing—right within their topsy-turvey house of eccentricity!

By the time they reach middle school, many kids have outgrown their childhood fascinations with classic superheroes. Yet, that doesn’t mean they have to give up on characters to admire.

In “Teen Titans: Beast Boy,” author Kami Garcia and illustrator Gabriel Picolo tell the story of Garfield Logan, an overlooked kid who cares deeply about what others think of him.

Desperate to gain the attention of his school’s elite, he completes a dare and gets the notoriety he craves. Suddenly, he’s bigger, stronger, and more popular than ever before, but how long will it last? A gorgeously-told story of self-discovery and acceptance, this is a tale about fitting in, standing out and finding out who your true friends are.

Donut the Destroyer lives in a town where everyone has a unique ability that they can use to help or harm their neighbors.

As she heads off to Hero School, she leaves behind her villain parents, as well as her befuddled friends who can’t understand why she’s using her talents to bring peace instead of discord.

“Donut the Destroyer” is a fun read, woven with themes of self-confidence and fortitude.

In Donut, authors Sarah Graley and Stef Purenins create a lovable character that will encourage any reader to always seek the good.

Has anyone ever asked storybook princesses how they really feel about their role? “The Runaway Princess,” by Johan Troïanowski, follows Robin, a bored and underwhelmed royal who’s ready to go on a real adventure.

Readers will love exploring alongside Robin as she travels through the country and meets unforgettable friends along the way. Can she get her fill of excitement before her parents find her and bring her back?

During one mission, a malfunction causes the girls to switch bodies. To do so, they’ll have to learn empathy, friendship, and the real meaning of heroism.

Readers of all ages can appreciate the dynamic imagery and incredible writing that goes into creating a graphic novel. With all of the elements of a great page-turner, these books are helping to introduce a new group of readers to the magic and mystery that is storytelling.

The list above includes 10 great graphic novels that can help encourage your middle-schooler to spend a little time getting lost in the pages. The best part? You can follow the links and find them at your local Omaha bookstores, including selections from The Bookworm and Next Chapter Books and Gifts!

As you make these memories, remember we’re always here for your family. Reach out to us to connect!